Login Register
We Are Social!
Skip to content
May 7, 2019

How Long Are The Intestines When Stretched Out?

Digestion is the process of breaking down your food into smaller and finer components until they can be absorbed and assimilated in the body. The human digestive system consists of gastrointestinal tracts and its accessory organs such as the tongue, salivary glands, liver, pancreas, gallbladder, spleen, stomach, etc.

The Gastrointestinal tract is one of the major organ systems responsible for absorbing nutrients from the food and expelling the wastes out from the body. It consists of the following:

How Long Are Intestines When Stretched Out?

Starting from 200cm in a newborn, the small intestines can grow up to 6-6.5 meters in an adult. The length of the intestine is approximated by 3 times the length of a child or an adult.

Intestines are also called as the bowel or gut. Today we will take a closer look at the functions of both the small intestine and the large intestine.

Digestion has two parts – one is mechanical digestion which involves chewing, grinding, mixing, churning and takes place in your mouth and stomach. The second part is where the food is chemically digested by using enzymes, bile, acids, etc.

With the aid of enzymes, proteins, peptides and amino acids are broken down to smaller peptides.

Lipases is an enzyme secreted by the pancreas, that acts on the fats and lipids present in your food. This process breaks the triglycerides into free fatty acids and mono-glycerides.

Carbohydrates are broken down into simple sugars and monosaccharides like glucose. Some carbohydrates and fibre do get passed over to the large intestine, where they many, depending on their type be broken down by intestinal bacteria.

Digestion is a process which takes around 24-30 hours. Completing the process of digestion that largely takes place in the small intestine, the large intestine is responsible of absorbing water and making the stool solid.

Bacteria that are found only in the large intestine, greatly help in absorption of certain vitamins. These friendly bacteria called as the commensal bacteria, break down the undigested poly-saccharides or fibres in the food into short chain fatty acids. These bacteria also produce gas which is a mix of nitrogen and carbon dioxide with small amounts of hydrogen, methane, and hydrogen sulphide.

Capable of producing vitamin K and Biotin, a type of B Vitamin, these bacteria aid in their absorption in your body when vitamin intake is low through diet.

3. Reducing acidity and protecting from infections

The mucosa present in the large intestine secretes bicarbonates which neutralize the increased acidity, which is the result of the formation of fatty acids and other digestive components. This layer also acts as a mucosal barrier and protects from microbial infections and invasions.

Symptoms of An Unhealthy Colon 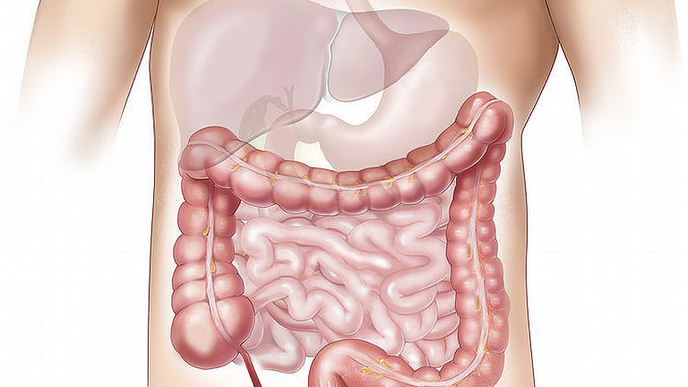 Gut health is critical to your overall health, and an unhealthy gut can lead to a wide range of health issues which may include diabetes, obesity, autoimmune conditions, chronic fatigue, and even depression.

Here are a few signs which let you know that you need to take care of your gut:

All these are hallmark symptoms of an unhealthy gut. All this is because of the number and diversity of the bacteria living inside your gut. Called and microbiome, when the balance of these bacteria is not right, you experience irregular bowel movements or gas.

Gas is a sign which directly tells you that food is fermenting in your gut and you have insufficient stomach acids of bacteria to break down the food you have eaten.

The bacteria present in your gut, encourage you to eat foods which are helpful for them or simply said which they prefer to eat. And eating loads of sugar, you actually help these bacteria and activate them, under such conditions these bacteria will release proteins, that will again increase your sugar cravings.

Caused because of odor inducing microbes that reside between your teeth, gums, and tongue. However, the main cause is constipation, having poop backed up in your intestines for too long. Chronic bad breath is called halitosis.

Anything that you eat and is not digested by your system will pass out from the other end. If you suffer from food intolerances such as gluten, it is almost because of leaky gut.

Because of a compromised gut function, the micronutrient deficiencies may lead to bad mental health along with reduced physical health. A compromised gut will reduce your ability to use serotonin and dopamine – the hormones that keep you happy.

Though there are many signs of gut dysfunction, the ones mentioned above are the most common ones. For your overall wellbeing, it is really important to take proper care of your gut. You can try Easey Sweep Colon Cleanse, Herbal Colon Detox. Designed to efficiently cleanse the small and large intestine to eliminate uneasiness associated with occasional bowel problems. It cleans your colon and eliminates toxins from your body. Improves bowel regularity and promotes healthy flora. 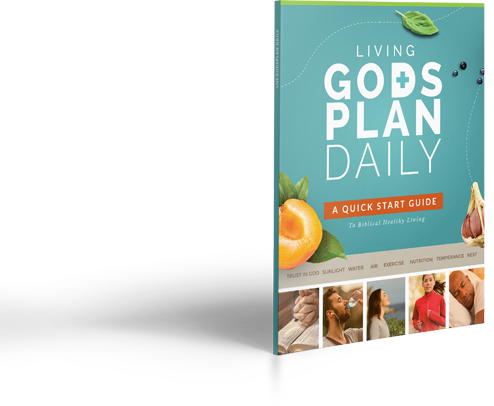 A Quick start guide to learning the foundations of biblical
healthful living focused on mind, body and soul!

Get an instant 10% discount now!

Great! Your Coupon code will be sent to your email!